The Rise Of Carbon Underwear, Do They Work? 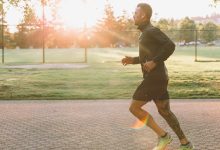 If you are looking for affordable carbon underwear that gives you the same results as an expensive one and is worth your money, then look no further. You will find what you need right here for good value and quality all in one.

Now the question which arises here is that how does it even work? How can carbon prevent smell and odor from leaking through? Well, the answer to this is the porous nature of carbon that traps the smell of your fart and does not let it out into the world for others to smell. Meaning what you ate for lunch is only known to you now.  All you need to do to reset the smell-trapping fabric is to wash it and automatically it will begin working as good as new. The company that created this underwear calls it the miracle fabric, naming it Zorflex. It was a long rigorous process to achieve what they wanted to achieve and get to this stage with the help of De Montfort University in the UK.

Many may now wonder do they actually work or is it just something that is used for publicity to sell pretty high priced underwear. People who have tried it and have worn these do believe that these underwear work and can trap gas. The main reason they are created and they are also marketed as health care underwear is for people with syndromes or diseases such as Irritable Bowel Syndrome and more. These people have a very fluctuating and uneasy metabolism that can result in smelly and sudden passing of gas. This can irritate those around them and can become an issue for them. Such underwear will easily solve this problem for them and make it easier for them to interact in a social situation without having to worry about passing gas and the room smelling bad every time. It’s perfect for adults and children too.

Some people, however, feel that the conversion for international sizing can present difficulty and be too tight, while others feel that the added layer of carbon cloth is a little uncomfortable and tends to take away the space they need for their organs to breathe.